In this tutorial, you will learn how servo motors work and how to control them with Arduino. I have included wiring diagrams and several example codes! Servo motors are often used in robotics projects but you can also find them in RC cars, planes, etc. They are very useful when you need precise position control and/or high torque.

In the first part of this article, we will look at the inner workings of a servo and what type of control signal it uses. I also explain what the differences between a standard and a continuous servo are. Next, I will show you how to connect a servo motor to the Arduino.

With the first code example, you can control both the position as well as the speed of the servo motor. After that, we will look into controlling a servo with a potentiometer and how you can modify the code to control multiple servo motors at the same time. Lastly, at the end of this article, you can find the specifications and dimensions of some of the most popular servo motors on the market.

If you would like to learn more about other types of motors, check out the articles below:

If you have any questions, please leave a comment below.

Makerguides.com is a participant in the Amazon Services LLC Associates Program, an affiliate advertising program designed to provide a means for sites to earn advertising fees by advertising and linking to products on Amazon.com.

How does a servo motor work?

A standard hobby servo typically consists of a small electric motor, a potentiometer, control electronics, and a gearbox. The position of the output shaft is constantly measured by the internal potentiometer and compared with the target position set by the controller (e.g. the Arduino).

According to the error, the control electronics adjust the actual position of the output shaft so that it matches the target position. This is known as a closed-loop control system.

Servo motors are controlled by sending a PWM (pulse-width modulation) signal to the signal line of the servo. The width of the pulses determines the position of the output shaft. When you send the servo a signal with a pulse width of 1.5 milliseconds (ms), the servo will move to the neutral position (90 degrees). The min (0 degrees) and max (180 degrees) position typically correspond to a pulse width of 1 ms and 2 ms respectively. Note this can vary slightly between different types and brands of servo motors (e.g. 0.5 and 2.5 ms). Many servos only rotate through about 170 degrees (or even only 90) but the middle position is almost always at 1.5 ms.

For adjusting the min and max position in the code, see the section below.

Servo motors generally expect a pulse every 20 milliseconds or 50 Hz but many RC servos work fine in a range of 40 to 200 Hz.

Most RC servos are from the 180-degree variety, which means that they can only rotate in a range of 0 to 180 degrees. However, continuous rotation, also known as 360-degree servo motors, are also available.

Continuous rotation servos react differently to the control signal than standard 180-degree servos. With a continuous rotation servo, you can not control the exact position of the output shaft, only the speed and the direction. A 1 ms pulse will set the speed of the servo motor to full speed in one direction and a 2 ms pulse to full speed in the other. A value near 1.5 ms lets the motor stop.

If your servo behaves in an unexpected way, you might be using a continuous servo instead of a standard one.

How to connect a servo motor to the Arduino?

Wiring a servo motor is very easy because you only need to connect three wires: power, ground, and signal. The power wire is typically red and needs to be connected to 5 V.

A micro servo like the SG90 consumes around 10 mA when it’s idle and 100 – 250 mA when rotating, so you can power it directly with the 5 V output of the Arduino. However, you need to be careful when using multiple or larger servo motors. If your motor(s) consume more than 300 mA you should use an external power supply to avoid damaging the Arduino! See the schematic below for using external power supplies.

The signal wire is typically yellow, orange, or white can be connected to any of the digital pins of the Arduino. In this case, I connected it to digital pin 9.

The connections are also given in the table below.

You can also use this setup if your servo motor requires a different voltage than the Arduino can provide e.g. 6 V or higher.

To control the servo motor we will be using the Servo.h library which comes pre-installed with the Arduino IDE. With the example code below, you can control the exact position of the servo motor and it also includes code to sweep the servo arm back and forth automatically.

You can upload the example code to your Arduino via the Arduino IDE. Next, I will explain how the code works.

You can copy the code by clicking on the button in the top right corner of the code field.

How the code works

The first step is to include the required Arduino library. You can also find this library under Sketch > Include Library > Servo.

Next, you need to create a new object of the Servo class. In this case, I called the servo ‘myservo’ but you can use other names as well. Note that you will also have to change the name of the servo in the rest of the code.

After that, I defined to which Arduino pin the servo motor is connected.

The variable angle is used to store the current position of the servo in degrees.

In the setup section of the code, we link the servo object that we created to the pin that will control the servo. The attach() function also has two optional parameters, which I discuss in the section below.

In the first part of the loop, we simply tell the servo motor to move to a particular angle with the function write(). Note that you need a delay between the commands to give the servo motor some time to move to the set position.

As I discussed in the introduction, the angle of the output shaft of the servo motor is determined by the width of the electrical pulse that is applied to the control wire. Generally, a pulse width of about 1 ms (millisecond) corresponds to the minimum position, 2 ms to the maximum position, and 1.5 ms to 90° (neutral position). However, this can vary slightly between brands and even different servos of the same brand. This means that you will have to adjust the minimum and maximum values in the code to match the servo that you are using.

By default, the min and max pulse width is set to 544 and 2400 microseconds. These values work for most common servos, but sometimes you have to adjust the values slightly.

I recommend adjusting the min and max values in small increments (10-20 microseconds) to avoid damaging the servo. If the servo arm is hitting the physical limits of the motor, increase the min value, and decrease the max value.

Control a servo motor with a potentiometer and Arduino

Controlling the position of a servo motor with a potentiometer is very easy and can be very useful if you want to adjust the motor position by hand. As you can see in the wiring diagram above, the servo motor is wired in the same way as before. The only difference is that I used a breadboard to distribute the power from the Arduino.

The example code below lets you control a servo motor with a potentiometer.

You can copy the code by clicking on the button in the top right corner of the code field.

Notice that before the setup and loop section of the code a new variable reading is added and the potentiometer input pin is defined.

In the loop section of the code, we read the value from the analog pin A0 with the function analogRead().

Arduino boards contain a 10-bit analog to digital converter (ADC), so this gives us a value between 0 and 1023 depending on the position of the potentiometer.

Because the servo motor can only rotate between 0 and 180 degrees, we need to scale the values down with the map() function. This function re-maps a number from one range to another.

Lastly, we write the angle to the servo motor:

Controlling multiple servos is just as easy as controlling only one but I often get questions about how to modify the code. Therefore, I have added a simple example below.

Note that you will have to use an external power supply to power the servos because the Arduino can not provide enough current to power all of the motors.

For this example, we just use more Arduino pins for the additional servos. However, this means that you are limited to 12 servos when using an Arduino Uno, and you might not have enough pins left over for other components.

Another option is to use one or multiple PCA9685 PWM/servo drivers. This driver allows you to control 16 servos with just 2 pins from the Arduino by using I2C. Adafruit also sells these in the form of an Arduino shield.

Because the setup of these servo drivers is a bit more difficult, I will cover this in a separate tutorial.

As you can see in the example below, you just have to create more objects of the Servo class with different names. You can address each servo by using the correct name in the setup and loop section of the code.

Below you can find the specifications of some of the most popular servo motors on the market. The original manufacturer of these servo motors is Tower Pro Pte Ltd. but similar models can be purchased from many other suppliers as well.

I hope you found this article useful and informative. If you did, please share it with a friend who also likes electronics and making things!

I would love to know what project you plan on building or have already built with servo motors and the Arduino. If you have any questions, suggestions, or if you think that things are missing in this tutorial, please leave a comment below.

Note that comments are held for moderation to prevent spam.

This work is licensed under a Creative Commons Attribution-NonCommercial-ShareAlike 4.0 International License.

6 thoughts on “How to control servo motors with Arduino” 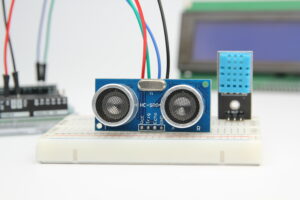 How to use an HC-SR04 Ultrasonic Distance Sensor with Arduino 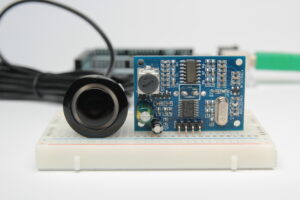 How to use DHT11 and DHT22 Sensors with Arduino 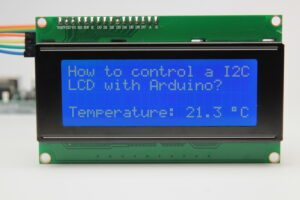 How to control a character I2C LCD with Arduino 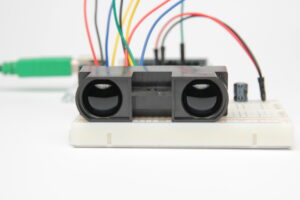 How to use a SHARP GP2Y0A710K0F IR Distance Sensor with Arduino